This morning, as I was on my way out to grab breakfast I noticed a mess in the corner of my room where I keep my aloe plant. One of the leaves committed suicide…well that’s what it looked like because all the other aloe leaves were fine. Another leaf seemed like it was making the leap too.

So I looked up possible reasons for this to happen….being over watered. I hadn’t watered it in two weeks. What did happen was last night I turned on my diffuser which also happened to be plugged into the outlet right next to the plant, so although I had not directly watered the aloe Vera, it was being impacted by the water in the air around it.

The information I found online said that the whole plant could eventually die when this happens. Or I could let it dry out for a day or two. So, I removed the dead section and the section that had started to turn to mush (even though it still felt firm, I could see the discoloring) and uprooted the entire plant. I wanted to give all the fresh, young leaves a new start and an opportunity to grow without the possible issues of root damage or the the mush spreading from one leaf to the next. 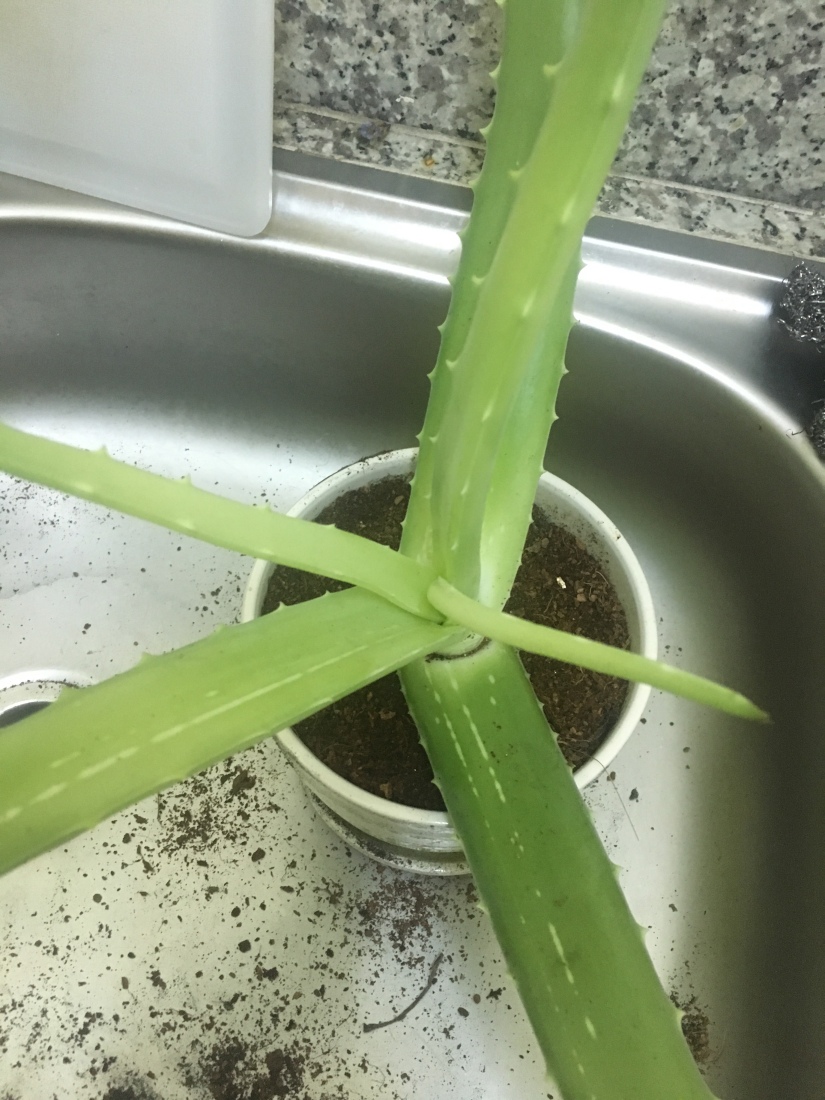 I added some additional soil to give it some support since the old roots were removed and I will let it dry out. I’ve relocated it so that it won’t be affected by the diffuser. I’ll see how it progresses in a few days.

Surely if I was a black pastor, I’d share this with my congregation in a Sunday sermon. Issa word! somewhere in this experience about being in the wrong environment, being exposed to things that may be good for some people but that are harmful to you. Somewhere in there is a word about uprooting yourself for your overall greater good, even if it’s uncomfortable or you feel like you’re starting from scratch. And sometimes that is what you need to thrive and succeed.

Somewhere in there is a word.

I'm an island girl born and raised, sharing my life's experience as I live, work and travel. View all posts by Neu

1 thought on “There’s a Message in it Somewhere…”